The 10 most useful business languages 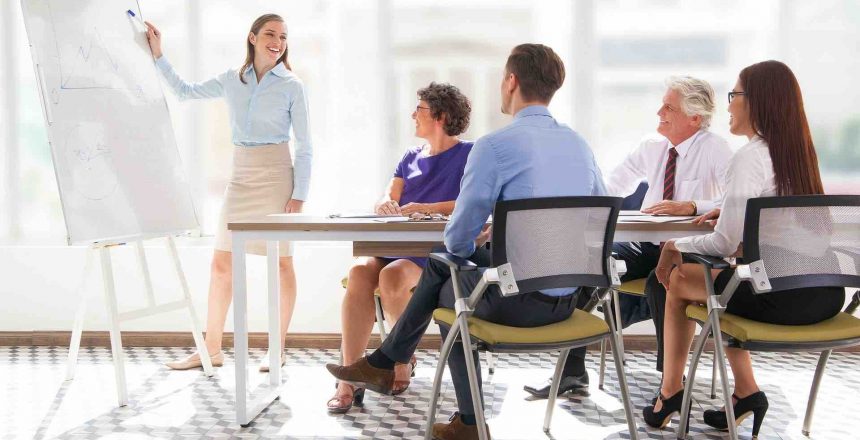 While English is the most widely used language for business, academia and tourism, speaking only English is a major disadvantage in today’s job market.

The job market is more competitive and globalized than ever before, and successful candidates must be able to cross cultural and linguistic borders. Not only does knowing a second language provide many different cognitive benefits, it also can help give your business the competitive edge.

1. Mandarin Chinese – The Business Language of the Future
Mandarin Chinese is not only the world’s most spoken language with over one billion native speakers (a 2:1 ratio to the number of English speakers); it’s also the most spoken language in China, the country with the second-largest economy in the world. According to the National Bureau of Statistics of China, the country’s economy was seven times larger in 2015 than it was in 2000, and it continues growing. Chinese businessmen and women can now be found throughout the world, and learning Mandarin Chinese is the perfect window into their impressively successful, rapidly expanding world.

Not only can learning Chinese give you a serious leg-up in the business world, it’s also an extremely impressive language to learn. As one of the most difficult languages for English speakers to learn, Mandarin is a seriously challenging and rewarding language.

2. German – The European Business Language
Germany is currently the European country with the most thriving economy and promising future with a GDP of over 2.4 trillion Euros despite the European slump. Apart from the US, Germany is the largest single export market for British goods and remains Europe’s largest economy.

It’s no surprise that employers (and European employers in particular) are interested in hiring employees with strong German skills. The German language is also the most widely spoken mother tongue among the Western European population, which ensures plenty of opportunities to practice.

3. Arabic – The Gateway to the Middle East
With nearly 300 million native speakers, the Arabic language is the world’s fifth most spoken language and your gateway into a region of the world where many businessmen only speak Arabic.
The oil, construction and real estate businesses have led many Arabic executives to become the richest people in the world. In addition, investments from the Arabic world have played a crucial role in European markets, especially after the debt crisis of 2010.

Learning Arabic could help provide you with the competitive edge many employers are looking for. Much like Mandarin Chinese, it is also one of the most challenging languages for English speakers to learn, which makes it especially impressive and rewarding.

4. Spanish – The Language of the Fastest Growing American Market Segment
The prominence of Spanish in the Americas and Europe has led Spanish to becoming one of the world’s most spoken languages with over 420 million native speakers and a growing number of non-native speakers. It’s an official, national, or widely spoken language in 44 countries, including the United States. Believe it or not, the United States has recently been cited as the second largest Spanish-speaking country in the world, only after Mexico.

The Hispanic population is projected to double by 2050 and reach approximately 30% of the population in America. The buying power of the Latin population in the US has been steadily increasing, and more and more businesses have been addressing their services to this. It is, by far, the most useful business language in the US apart from English.

Spanish is an especially useful language in the fields of mass-media and management to communicate with the growing number of Latin communities and employees. It was the most asked-for language in US job postings in 2014.

5. Portuguese – A Continent of Opportunity
The 2016 Summer Olympics and the 2014 World Cup have recently brought Brazil and its national language–Portuguese–into the global limelight. Brazil’s economy has been steadily rising in strength for years, and more and more businesses are looking for opportunities to enter into this new market.

With its big population of native speakers, the wealth of untapped Brazilian natural resources and its presence on the internet (it’s currently the fifth most spoken language online), you can bet that learning Portuguese is a great career move.

6. Russian –
Russian is an official language of the United Nations due to the historical power of the Soviet Union. It has often been cited as the most influential Slavonic language in history. Estimates of the number of Russian speakers around the world vary, but sources indicate between 200 and 260 million native speakers.

Russian’s importance is not only due to its large number of native speakers, but also to the undeniable political and economic power of Russia. As the top oil producer in the world, Russia consistently ranks among the top ten international business leaders and an important market for US goods. Russian is also still widely spoken in many of the post-Soviet states, which provides access to fresh and up-in-coming business potential. It’s an especially useful language in the fields of engineering and IT and is the seventh most used language online.

7. French
French is the official language of over 29 countries throughout the world and is the second-most widely spoken first language in the European Union. The colonial history of France has helped spread this language throughout the world and, as in the case of English, has led to a situation in which there are more non-native French speakers than native speakers.

French was the world’s most dominant language before English stole the spotlight and learning French can open the door to businesses on nearly every continent. It has also been cited as one of the most spoken languages on the Internet and serves as one of the United Nations’ six official languages.

8. Japanese – The Language of Robotics
As one of the world’s fifteen most spoken languages, Japanese is the most geographically concentrated language since over 124 million of its total speakers live in Japan and the Okinawa island group. The dense population of these areas contributes to its large number of speakers.
Don’t let its concentration fool you, though: the Japanese economy is actually the third largest in the world and provides a wealth of innovative opportunities.

Japan remains at the forefront of the cutting-edge robotics and electronics scene, and speaking Japanese is ideal for many opportunities in these fields. According to Wikipedia, Japan employs over 250,0000 industrial robot workers, and that number is estimated to jump to over one million as the expected revenue for robotics increases to nearly $70 billion by 2025.

Japanese was also one of the most solicited languages in US job postings in 2014.

9. Korean – The Language of Trust and Technology
With over 77 million native speakers, Korean is one of the world’s 15 most spoken languages. Korean is the official language of the Republic of Korea and the Democratic Republic of Korea, although each nation uses different forms. Apart from being spoken in North and South Korea, there is also a large population of Korean speakers in China.

Besides helping you understand the next K-pop hit, learning Korean is your gateway into South Korea’s vibrant and successful technology and automobile-based economy that includes multinational companies like Samsung, Hyundai, Kia and LG, among others.

The Korean culture places high value on personally knowing your business partner, so learning Korean can go a long way to gaining the trust of your Korean partners. In 2014, there were over 6,000 total US job postings asking for Korean.
10. Hindi
The standard and Sanskrit register of the Hindustani language known as Hindi is one of India’s official languages, and the large population of Hindi speakers has led it to become the fourth most spoken language in the world.

India is consistently ranked among the world’s fastest-growing economies, and some economic analysts expect it to overtake many developed economies in the coming years. As the US State Department writes, “As India’s profile continues to skyrocket, proficiency in Hindi and the nuanced cultural knowledge gained through Hindi language study will be in high demand.”

Despite the tremendous growth of the Hindi population and Indian economy, very few students are studying Hindi as a second language, which makes it an even more competitive advantage for those who chose to learn it.